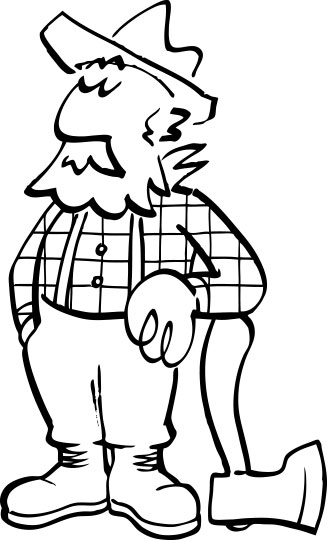 Born in French Canada, young Louie Seymour ran away to America with the circus. He spent the rest of his long life in the Adirondacks, living off the abundance of the forest.

Twice a year, Louie would emerge from the woods to eat and drink and paint the town red. He'd announce his arrival with animal hoots and howls, bringing all the children running. When the party was over, he'd settle his bar tabs with lake trout and beaver pelts.

Widely beloved for his independent spirit and good cheer, he was known by all as "French Louie."

Doug is a native New Yorker and a graduate of the Culinary Institute of America. There's almost no job in a restaurant—from prep cook to general manager—that he hasn't worked. He cooked at a number of restaurants in Boston and New York, including La Grenouille and Picholine, before moving to the dining room, as General Manager of Blue Water Grill. Doug also owns Buttermilk Channel restaurant in Carroll Gardens.

Chef Ryan hails from Rhode Island, where he attended culinary school at Johnson and Wales, and cooked at the legendary Al Forno in Providence. He spent several years at Aqua in San Francisco, one of the city's most beloved and critically praised restaurants. In New York, Ryan cooked at Picholine and david burke & donatella before becoming chef de cuisine at The Stanton Social on the Lower East Side. In 2008, Ryan and Doug opened Buttermilk Channel.